Have you seen that the Royal Mail has brought out a “Gloriumptiously Collectible” series of Roald Dahl stamps reflecting some of his most popular characters?  Each stamp features illustrations by Roald Dahl’s long-time friend and collaborator, Quentin Blake.  How gorgeous do they look? 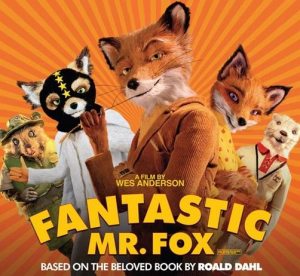 The Hollywood movie adaptations – notably ‘Charlie and the Chocolate Factory’ and ‘Fantastic Mr fox’ – have brought more recent acclaim to Roald Dahl’s work, but if you are not familiar with his fabulously imaginative story telling (where have you been?) or, if you think you might like to revisit them, I urge you to either pick up some of his stories for little people with BIG imaginations or, a collection of his short stories for adults.  They almost always have a sting in the tail.

One of his most famous adult short stories, ‘Lamb to the Slaughter’, tells of Mary who beats her husband, Patrick to death with a frozen leg of lamb and then roast the murder weapon and serves it up to the policeman who comes to question her.  It was later adapted for television by Alfred Hitchcock.  It’s leave-the-light-on stuff, yet beautifully told. 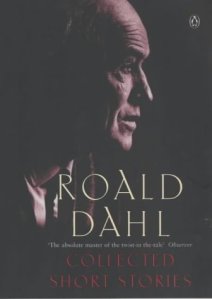 Roald Dahl Short Stories (one of my favourites)

AND, his books are all available on Kindle if you are a more modern kind of reader!

Don’t forget to leave the light on…!

7 thoughts on “Homage to Roald Dahl”