Now there is in a way a renaissance of modern dance – suddenly, it is more respected and discovered. (Mikhail Baryshnikov)

I was not one of those girls who dreamt of becoming a ballet dancer. Pink was never my colour (and still isn’t). ‘Elegant’ and ‘graceful’ are not words that would ever be used to describe the way I move. In fact, I have been told I have a ‘purposeful stride’. I’m not even sure that’s a compliment.

Despite all that, I adore going to see the Sydney Dance Company when they perform.

We are so very lucky to have the incredibly charismatic and talented Rafael Bonachela as the Artistic Director for the SDC.

Rafael was born in Barcelona where he began his early dance training before moving to London, and in 1992 joined the legendary Rambert Dance Company.

His internationally recognised talent has seen him work not only with contemporary dance at the highest level but also with artists from popular culture, such as Kylie Minogue and Tina Turner.

Rafael was named one of the Sydney Magazine’s Top 100 Most Influential People in 2012 for his efforts to popularise dance since taking on the job of Artistic Director with Sydney Dance Company.

From March 1, De Novo premiers at the Sydney Dance Company. It is a programme of three works. If the last four performances choreographed by Rafael are anything to go by, this will be well worth experiencing. Rafael has a way of introducing mixed media into his pieces that surprise you; coupled with a highly collaborative style – the first work in De Novo, titled ‘Emergence’, is an alliance between Rafael, singer-songwriter Sarah Blasko and composer Nick Wales.

I, for one, can’t wait to experience De Novo…

If you live in Sydney, and haven’t yet been to a Sydney Dance Company performance – please do so. It will blow you away. De Novo is on at Sydney Theatre from 1 – 23 March and tickets are still available.

Remember Bob Geldof’s Live Aid concert back in 1985? Well, if you answered yes to that question, you’re officially old! Even if you’re too young to remember, the latest number from Flight of the Conchords and friends, and the accompanying video is going to give you enough warm-fuzzies to last all weekend. Promise!

Feel Inside (And Stuff Like That) was written and recorded by Bret and Jemaine for last week’s TV3 charity special Red Nose Day: Comedy for Cure Kids in New Zealand. The song hit No. 1 on iTunes after the show, and – after watching the vid’ –  I am not surprised.

The song’s lyrics came from primary school children at Clyde Quay School in Wellington and Grey Lynn School in Auckland, who were interviewed by Bret and Jermaine about their feelings on fundraising for the cause.

According to one of the ‘lyrical contributors’ (is that a term?), they need to raise “a million, and a hundred, ten and twenty-one dollars”. I shall be downloading my copy from iTunes.

Oh, and while I implore you to watch the vid’ – it is hilarious (even straight-faced Jermaine can’t prevent a smile) – do yourself a favour and grab a beverage before sitting comfortably. It’s 14 minutes long…

I think Eddie Izzard is my all-time favourite comedian. If you are unfamiliar with his work, he is well worth a look. He is an English stand-up comedian, actor and writer. In France, he performs in fluent French.  He is working towards performing in German (while in Germany). In 2009 he completed 43 marathons in 51 days for Sport Relief in spite of having no prior history of long distance running. He is prone to cross-dressing. His stand-up shows have been described as “stream-of-conscious banter and predilection for nonsensical detours and frequent tangents.”

I have seen him perform live twice. It was not enough.

His Death Star Canteen skit – arguably his most famous – which was animated with Lego characters back in 2007, has been watched on You Tube 17,930,920 times.

If you would like to be number 17,930,921, even if you have seen it before, here’s a reminder of just how brilliantly funny he is.

(Warning: for those unfamiliar with Eddie’s work, there is some strong language!

By the way – I’m in New Zealand for the next few days, so my communication and response times may be a little more intermittent than usual.

I’m going to go out on a limb here, and say I suspect that the average reader of This Sydney Life is perhaps not a regular watcher of music videos. Have to admit that I’m not either (which is why this post is hardly breaking news).

For that reason, I want to share Ed Sheeran‘s ‘Lego House’ video with those of you who have not yet stumbled across it. I think it’s fab’.

Ed Sheeran (is one of the latest big things to come out of the UK music scene. He’s an English singer/songwriter who also) bears a passing resemblance to Rupert Grint (who gained global recognition in the Harry Potter movie franchise as Ron Weasley).

Here’s a pic of Ed (L) and Rupert (R) to illustrate that resemblance: 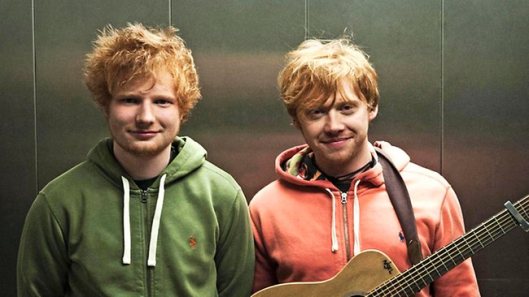 Anyhoo, the ‘Lego House’ vid’ features Rupert Grint as an obsessive fan who stalks Ed.  It’s funny and it’s clever AND it’s worth a wee look-see if you have a few minutes to spare… 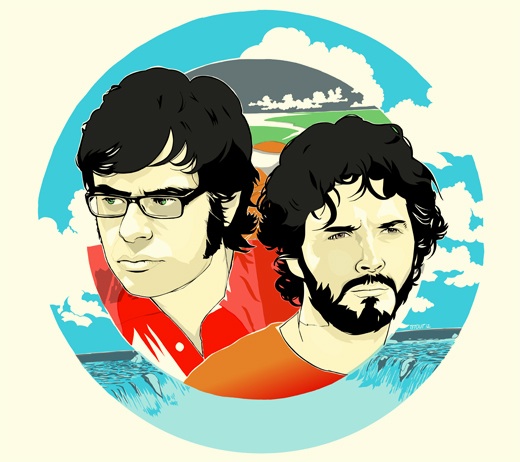 It’s confirmed!  Hot on the heels of Bret’s Oscar win, Flight of the Conchords are going on tour…  in New Zealand (sigh!)  As yet, no Australian dates confirmed, but a girl can hope…

Bret and Jemaine – are you coming across the ditch to visit your many fans over here? Pretty Please.

{Seriously considering flying to Auckland to see the boys…}

While we wait and see if Australian tour dates are to be announced, a wee something to whet your FOTC appetite:

Breaking News (10 April 2012): Confirmation of July tour dates out today. The boys are coming to Australia. Jemaine says, “We are finally returning to Australia. Mostly to apologise.” Check out the FOTC website for details. 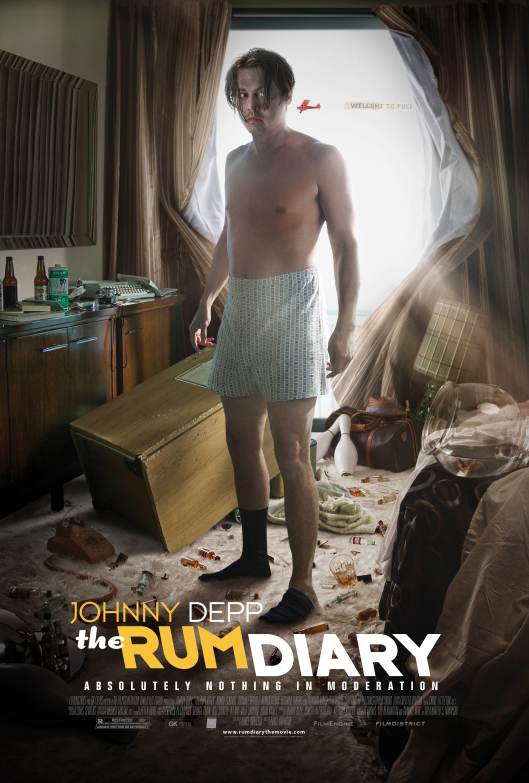 Last night we went to see The Rum Diary.  If you are not familiar with the movie, it is based on the novel by the same name written by Hunter S. Thompson.

It’s a beautifully tangled love story of jealousy, treachery, and alcoholic lust in the Caribbean boomtown that was San Juan, Puerto Rico, in the late 1950s. The narrator, freelance journalist Paul Kemp (played by Depp), when drawn to a sexy and mysterious woman, is soon thrust into a world where corruption and get-rich-quick schemes rule and anything – including murder – is permissible. 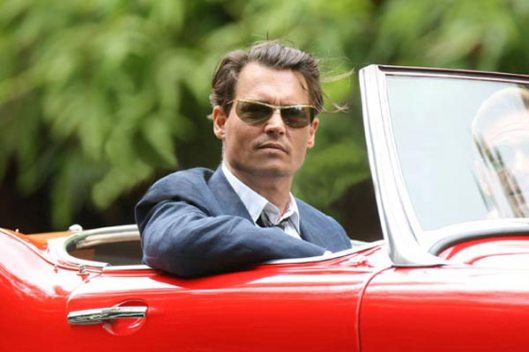 Things I REALLY want to do now that I’ve seen the movie: 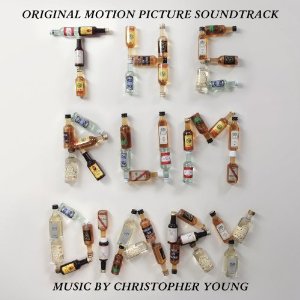 I reckon’ it’s worth seeing!

Last night we went to see the most fabulous La Soiree at the Sydney Opera House.  Amazing what you can do with an iPhone camera…. 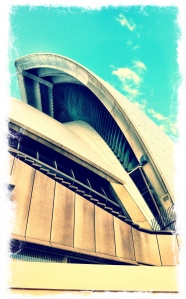 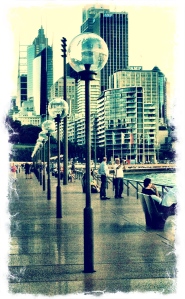 La Soiree bills itself as a theatrical phenomenon. “A unique and inspirational night of live entertainment, it’s a heady cocktail of cabaret, new burlesque, circus sideshow and contemporary variety (which has) has taken the world by storm”. It showcases some of the more twisted cabaret entertainers from around the world, including stars of the Olivier-Award winning La Clique.

If you want a night of laughing ’til your sides hurt coupled with clever, gymnastic cabaret – you definitely should grab the opportunity to see La Soiree if it rolls into town near you.

Some of the troupe performing last night:

Le Gateau Chocolat – an opera-singing diva with an amazing baritone and a penchant for body hugging lycra and a wonderfully warm sense of humour.

Ursula Martinez – If you don’t know about Ursula’s cult striptease act with her disappearing hanky, google her!!!

Captain Frodo – I think Captain Frodo was my favourite of the night.  A clever, funny and incredibly bendy contortionist who had me in stitches. 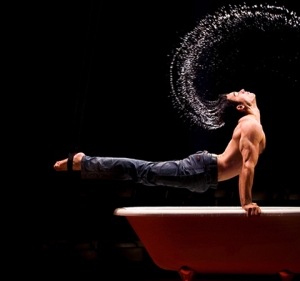 David O’Mer –  If you haven’t yet seen the ‘Bath Boy’ in action, words simply can’t do his performance justice.

There is a wee taste below…

Have a fab’ weekend!

(all images sourced from La Soiree)

I have just discovered French photographer Sacha Goldberger and his Hungarian grandmother Frederika.  I know – some of you will tell me I’m behind the eight-ball, but for those of you who have yet to come across ‘Mamika’ (Grandma in Hungarian) in all her fabulous glory, you are in for a lovely treat.

A few years ago, Goldberger found his 91-year-old grandmother feeling lonely and depressed. To cheer her up, he suggested that they shoot a series of outrageous photographs in unusual costumes, poses, and locations. Grandma reluctantly agreed, but once they got rolling, she couldn’t stop smiling. 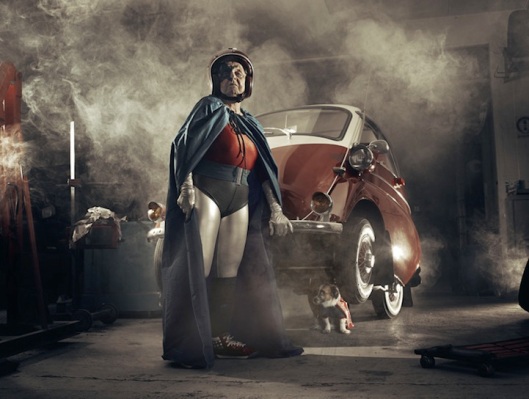 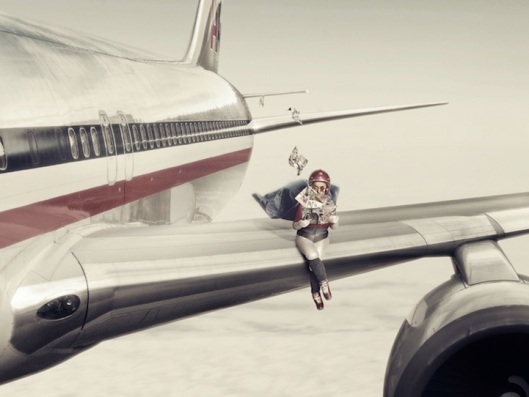 The more you learn about Sacha Goldberger and his Mamika, the more enchanting this story becomes. Don’t you wish Mamika was your grandma?

(All images from My Modern Met)

If you haven’t heard the news, Bret McKenzie, has won an Oscar for best original song for his work on The Muppets movie.  And, if you don’t know who Bret is, he’s one half of the fabulously dynamic duo, ‘Flight of the Conchords‘.  Go Bret!

Maybe, just maybe, this might mean a Flight of the Conchords movie?

The promotional video is hilarious.  A parody of celebrity fragrance marketing…