With some well-placed wire, creative lighting and some very canny visual puns, sculptor and photographer Terry Border gives life to everything from bananas to marshmallows. 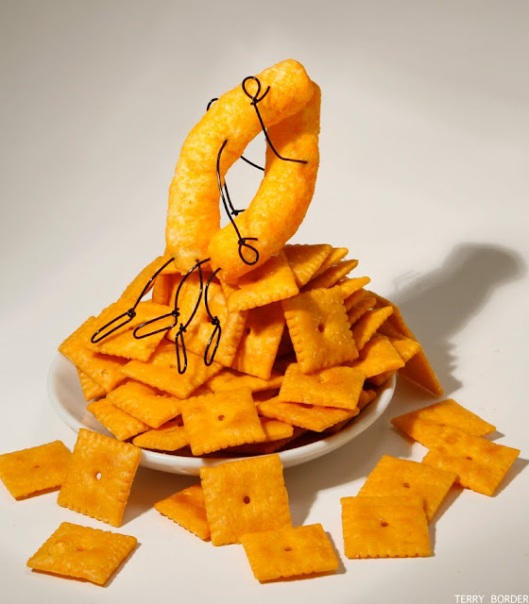 And, if you’re feeling a bit saucy, he has an x-rated version over at Really Bent, the more graphic, black sheep cousin of Bent Objects.

‘Reclining Produce’ by Terry Border of Really Bent
This is one of the tamer images!
(Image © Terry Border)

What do you think…?