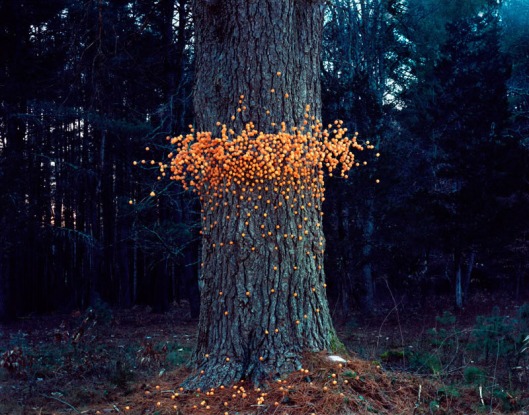 How cool are Thomas Jackson’s photographs from his series titled ‘Emergent Behaviour‘?

According to Jackson, the hovering sculptures featured in this ongoing series of photographs are inspired by self-organising, ’emergent’ systems in nature such as termite mounds, swarming locusts, schooling fish and flocking birds. The images attempt to tap into the fear and fascination that these phenomena can evoke, while creating an interplay between the natural and the manufactured, the real and the imaginary.

At the same time, each image is an experiment in juxtaposition. (I just love that word!) By constructing the pieces from unexpected materials and placing them in environments where they seem least to belong, Jackson aims to tweak the margins of our “visual vocabulary”, and to invite fresh interpretations of everyday things.

What do you think…? 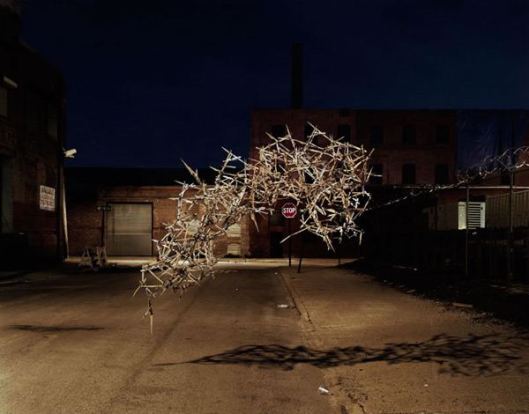 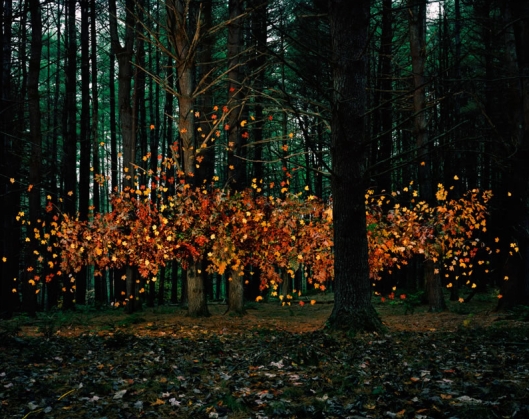 Thomas Jackson – clever man that he is – apparently grew up in Providence, Rhode Island. After earning a B.A. in History at The College of Wooster, he spent much of his career in New York as an editor and book reviewer for magazines. It was his particular interest in photography books that led him to pick up a camera eight years ago, first shooting Garry Winogrand-style street scenes, then landscapes, and finally the staged work he does today. He lives in Brooklyn.

If you’d like to see more of the Emergent Behaviour series, check out Thomas Jackson’s website here.