Today is national Red Socks Day in New Zealand. Do you know the story of New Zealand and Sir Peter Blake’s Lucky Red Socks phenomenon? It’s one of life’s inspiring stories, I think. It’s a story of how one person can make a difference. And, no – I’m not going to get all schmaltzy on you, but I promise if you are unfamiliar with Sir Peter Blake and his lucky red socks, this will make you smile. 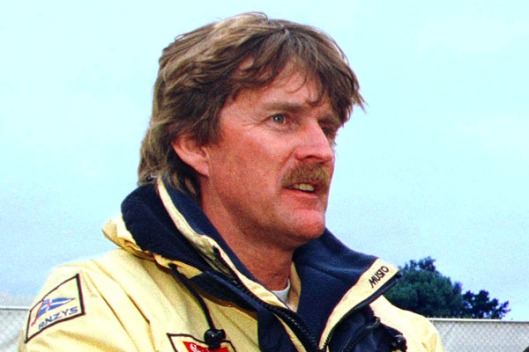 A five times competitor in the Whitbread round the world races, he went on to lead his Team New Zealand yachting teams to two successive America’s Cup victories. Sir Peter liked to wear his red socks for good luck, and during the America’s Cup challenge of 1995 New Zealanders supported the boat by putting on their own red socks as means to get behind Team New Zealand and support the country’s bid to win what is arguably the world’s most recognised yachting cup. The proceeds from the sale of Lucky Red Socks helped to fund the Kiwi syndicate (which, when compared to the other teams competing, had a fairly meagre budget).

As a young teenager living in Auckland at the time of the 1995 challenge, it seemed to me that the whole country got behind the Lucky Red Sock campaign. On race days EVERYBODY put on their lucky red socks – babies, women in power suits and stilettos, businessmen, school children, dogs – everyone. Sometimes living in a small country at the bottom of the world can feel like the best place in the world to be. This was one of those times.

Sir Peter Blake went on to become an environmentalist, but he was tragically killed on December 5th 2001. Eleven years on, the Sir Peter Blake Trust strives to keep his memory, spirit and values alive for future generations of New Zealanders. Red Socks Day is an opportunity to remember him and the contribution he made to both New Zealand and our planet, and to re-tell his story for those who were too young to remember.

As a particularly poignant aside Sir Peter Blake’s headstone carries the words: “I must go down to the sea again, to the lonely sea and sky, and all I ask …” from poet John Masefield’s famous Sea Fever – describing a life inseparable from the sea.

Sir Peter Blake showed New Zealand, there are leaders and there are dreamers. Leaders make things happen. Dreamers have a vision. The truly special people do both.

The video below gives a better insight to the man who was Sir Peter Blake.

(I am off taking a wee sojourn to sunny Queensland over the next few days which means my response times to your comments may be a little slower than usual. I do love hearing from you, so please don’t stop! – It may just take me a little longer to get back to you. Cheers!)